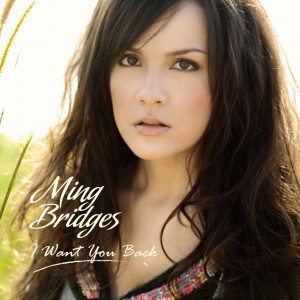 PASSES TO BE WON FOR LIVE RECORDING ON 26 SEPTEMBER

SINGAPORE, 30 AUGUST 2013 – MTV today announced that award-winning singer-songwriter Ming Bridges is the latest artist to be featured in its music series MTV Sessions on 26 September at Resorts World Sentosa’s Waterfront Studio. The 20-year-old home-grown songstress will perform a selection of songs for the first time on MTV. The special performance by Bridges is presented by Hennessy Artistry and Resorts World Sentosa and will premiere on MTV SEA on Saturday, 12 October at 12pm (WIB), 1pm (SG/HK/PH) and 2pm (MAL) with additional content available online at www.mtvasia.com/mtvsessions. Passes to this exclusive live recording are up for grabs via contests on MTV’s website and Resorts World Sentosa’s Facebook page.

Hong Kong rock band EMPTY, who was one of the winners from Hennessy Artistry’s “2012 Pursue Your Dream of Music On-line Audition” will be the opening act. This year’s competition will kick off on 30 August with more information athttps://www.facebook.com/hennessyhongkong.

Known for her sweet vocals, Bridges recently won the Best Local Album award for her latest album Ming Day and Best Local Singer award at the Singapore Entertainment Awards 2013. Ming Day is a bilingual compilation of songs written by her and consists of tracks such as “Under The Stars” and “Sweet Misfortune”.

Bridges got her first break at the tender age of 17 when the directors of local music label Funkie Monkies signed her on after they were wowed by her performance of “I Want You Back,” a song she wrote when she was 14 years old. She released her debut album, Who Knows in February 2012, receiving praises for hits “Some Guys” and “Mosaic World”. The multi-talented singer plays the guitar, acts on TV and in stage productions, and juggles a modelling career. Along with the release of her new single due out on 9 September, her latest performance on MTV will see her continue her rapid rise to pop stardom.

MTV Sessions is recorded live in front of a 200-strong studio audience. It is a series of music shows that allow music lovers the rare opportunity to watch the latest and upcoming international and regional artists showcase their craft live in an intimate setting. Besides performing their own songs, the artists also get to perform covers and remixes of their favourite songs produced exclusively for MTV. Fans get to learn more about the work and life of these artists who will share their music and personal stories in MTV Sessions which follows a casual and revealing style.

From now till 20 September, passionate music fans who wish to catch Bridges’ live performance for MTV Sessions can participate in the online contest at www.mtvasia.com/mtvsessions to win passes tickets to the music showcase on 26 September.

MTV Sessions is shot at Resort World Sentosa’s Waterfront Studio, a purpose-built TV studio located at the waterfront of the 49 hectare mega-resort. Fully treated for the best acoustic performance with state-of-the-art technology, and equipped with the latest in audio, lighting and full HD camera systems, the studio space is optimal for production recordings with a live audience.

When it comes to chart climbing and infectious pop music, 20-year-old Ming Bridges might be Singapore’s most marketable and surprising success stories so far. Born in Australia, raised in England and based in Singapore, the multi-talented singer/songwriter/actress won hearts with her fresh-faced looks, easy eloquence, relatable lyrics and charming pop songs. Don’t be fooled – that endearing personality and model-esque frame merely add to the complete package.

With her first full-length Mandarin album, Ming Day, released in Taiwan in December 2012, Bridges has secured a foothold with a Top 10 position in the prestigious G-Music charts and firmly laid to rest all doubt that she is anything less than the best. 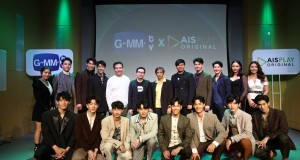 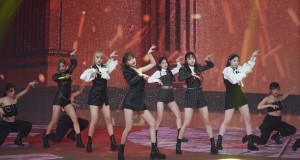 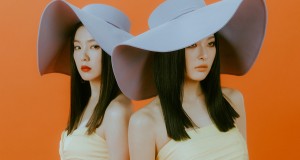