AMSTERDAM / SINGAPORE / CHINA – 11 November 2013 – MTV today announced that Chinese pop singer, songwriter and actor Chris Lee (Li Yuchun) is the Worldwide Act winner for the “2013 MTV EMA,” the world’s annual music awards show that celebrates the year’s hottest artists from around the globe. Lee was on at hand to receive the Worldwide Act award at the “2013 MTV EMA”, held at the stunning Ziggo Dome in Amsterdam on Monday, 11 November. The “2013 MTV EMA” airs todayat8pm (TH/WIB), 9pm (SIN/HK/PH), and 10pm (MAL).

Chris Lee was the champion in the 2005 edition of “Super Girl,” a nationwide singing competition in China. Her 2006 first album Queen and Dreams reached sales of 1.37 million. Since her debut, she has released seven top-selling albums, 52 #1 singles and three films. To date, she has had 51 hit singles on the Chinese Music Billboard.

At the awards ceremony, Lee expressed her sincere gratitude to all her supporters, “This is by far the most significant milestone of my music career to have received such a prestigious international award. Thank you, MTV! Thanks also to my management and my team. I represent all of my Chinese fans, standing on the international stage… my glory belongs to you!”

“We’re absolutely delighted to hear of Chris Lee’s win! Having Asia take the Worldwide Act award in each of the three years the category has existed – first with Big Bang, followed by Han Geng and now Chris Lee – is just an incredible honor and spotlight on Asia! We will continue to elevate more Asian artists at international platforms and grow the awareness and appreciation of Asian music and artists for fans around the world to enjoy,” said Indra Suharjono, Viacom International Media Networks Asia’s Executive Vice President and Managing Director. 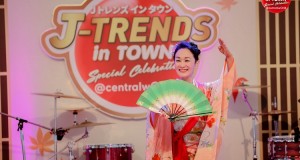 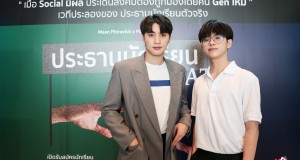